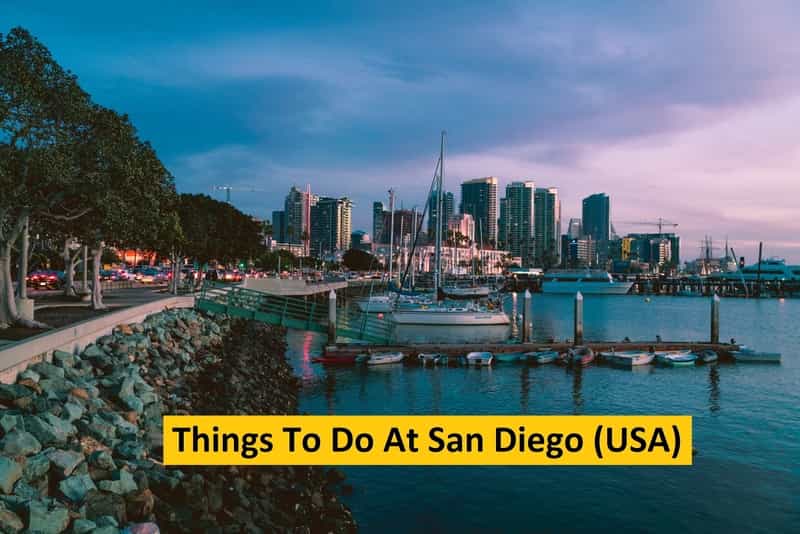 San Diego is a tremendous place to visit for sun-seekers and adventurers as it is the coastal area of the United States of America. In San Diego, you will find the best breweries, top-class beaches, and best tacos. San Diego is known to have a rich military heritage. Here are some best things that you can do in San Diego to have some memorable moments along with you for a lifetime.

This park is well-known for its world-class zoo, historical museums in Spanish revival buildings, beautiful cultivated areas, and live shows. There are more than 350 plant species found in Balboa Park. It also has more than 2000 individual plants with a pond for lilies and lotuses.

At Embarcadero you can easily spot whales out in the ocean and do boating around the harbor. It also has some uniquely designed playgrounds for kids out there and attractive fountains in the Waterfront Park that drive everyone crazy.

It is the largest museum that is being dedicated to aircraft and naval aviation. Here you will go through pilot rooms, big engine rooms, and people who used to serve the midway. You will also get to know the events that took place right where you stand.

La Jolla has water on three sides and it offers fine diving, little coves with sea lions and seals on the sand, and cliffs with sea caves. The famous in La Jolla are state reserve beaches, Torrey pines, and golf courses.

Famous and wanted food and drinks

The best dishes that are found in San Diego are Carne Asada, enchiladas, and fish tacos. Also, Oscar’s Mexican food is famous for fish Taco and has four locations out there.

Surfers are always in search of the perfect travel wave and they can find it here in La Jolla and Point Loma.

it has early historic adobe buildings from the city. Here you will find the best Mexican food, art galleries, and brims specialty shops.

it is the top-rated zoo in the world with more than 650 species in it. It has cage fewer exhibits and also has arranged a lion enclosure in earlier times. You will also find a guided bus tour that covers around three-quarters of the park.

To explore San Diego in no more time, you can take a tour in Harbor Cruise. It gives you a tour of around 50 landmarks in San Diego and you can also spot wildlife here.

From December to April you can watch gray whales for up to 4 hours long on a Cruise. Here you will be able to spot sea lions and harbor seals.

It is a congenial area for pizza spots, restaurants, breweries, and cafes on the patio. On Saturdays, there is Mercato that is a street market that has now become a part of the San Diego institution due to its popularity.

7 Top Tourist Places To Visit In Pondicherry, The French Capital...