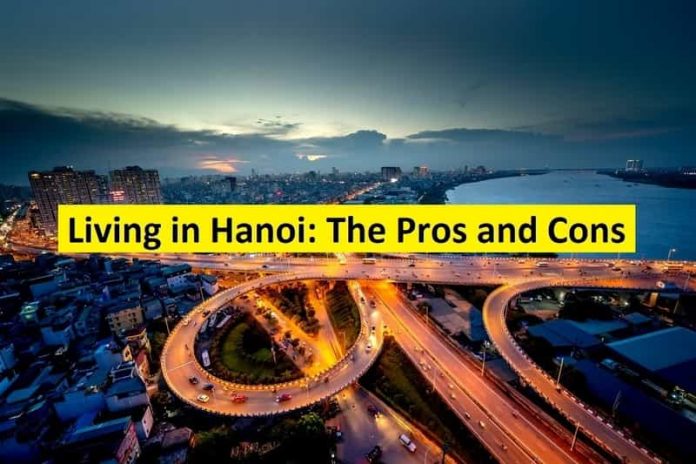 Hanoi is one of the most underrated cities when it comes to living. Being the capital of Vietnam, it has not been under the spotlight that it deserves. However, after the summit between Trump and Kim in this city, many people are turning their heads towards it.

Many young people are flocking to the city because of the lifestyle that it provides, as well as the booming economy of Vietnam, providing jobs to millions. In this article, we will discuss the reasons which should be kept in mind before making the decision of living in Hanoi.

The Food is Amazing

The food that you will get in the city is incredible. There is so much variety of food available that you can try a new dish every other day. Within each dish, due to the diverse cultures in Vietnam, many variations are available.

Therefore, if you are a foodie, Hanoi is the place for you to live. Bu Cha, Cha Ca, and Pho Bo is some of the most famous dishes in the entire country and easily available in the city. Although, if you are not used to using sticks, you better start taking online tutorials because using sticks to eat is a norm.

Another important factor in deciding where to live is the cost of living in the area. Hanoi, like many other South Eastern cities, is very much affordable. Not only is everything inexpensive, but there is also no compromise on the quality.

Boarding is also very affordable, with houses on sharing basis available at less than 300 dollars a month. The prices of food and other items such as beer and wine too are very low. So you can survive within a very low budget.

The Visa Process in Tiring

A con of living in Hanoi is that the visa process is tiresome. You will have to visit the embassy many times before they approve your visa. Additionally, you will have to hire a consultant to get done with the process easily.

However, it is a one-time problem. Once you have settled, you can travel hassle-free.

If you are a person who has breathing problems or just does not like pollution, then the capital of Vietnam might not be the best place for you. Although there are neighborhoods with cleaner environments, overall pollution is rampant due to factories and cars.

Above, we covered some of the things to consider before moving. We suggest that you travel there on a trip before making the final decision.

Living in Bali: The Pros and Cons You Need to Know

Pro Tips To Travel When You Have No Money

10 Las Vegas Hacks You Need to Try for the Best...

How To Date Someone Who Travels A Lot